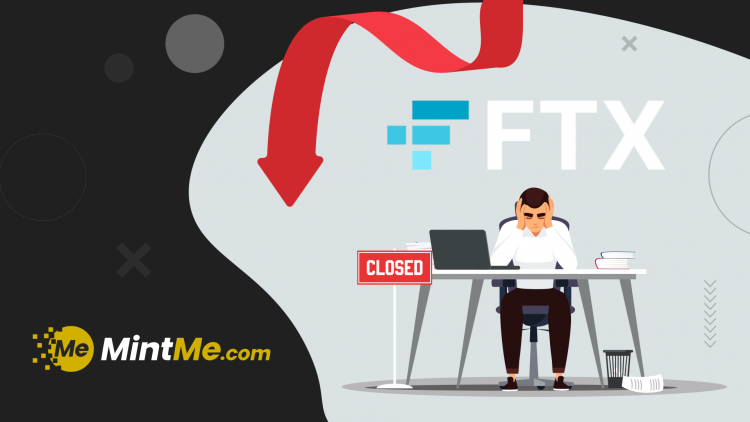 The fall of FTX, one of the largest crypto exchanges in the world, has shaken the crypto ecosystem as we were heading to the end of an already bumpy year for blockchain technology as a whole.

Alameda Research, the sister firm of FTX and 130 affiliated companies under the banner of FTX Group filed for bankruptcy according to a statement posted by FTX on Twitter this past November 11th. Sam Bankman-Fried, ended up stepping down from his CEO role right after.

The events which caused the abrupt bankruptcy of FTX are still being investigated at the time of this article being written, as the issue goes further than just the plain lack of liquidity that can be seen at a surface level, instead, there is a tightly interconnected series of event which date way before the unfolding of this crypto catastrophe.

The co-founder also known as SBF not only owned the exchange FTX but also a hedge fund that works with trading and it is where the main conflict of interest occurs.

Users deposit their crypto into an exchange with the trust that their funds would be available whenever the individual decides to utilize or withdraw it, it is expected to be untouched, akin to funds in a “trust fund”, like the ones utilized in a real state transaction, in which funds are designated to be secured by an entity which overlooks the deal, in this example, a Lawyer.

FTX did what would be illegal to do in the previous example, and that is to take a part of the money allocated in the trust fund, for their own activities.

FTX itself is not quite a trust fund, but, its terms-of-service clearly forbids trading with customer funds, it assures that the cryptocurrencies being put into their exchange wouldn't be lent to anybody and would be there only for the individual who deposited the funds in the first place.

Alameda Research, the trading firm and sister company of FTX, had a big part of its assets in FTT, the token created by FTX which is by itself legally problematic as the companies are closely related. This relationship and the fact that Alameda Research owned such a big portion of FTT tokens was noticed by Changpeng Zhao, CEO of Binance, after a publication regarding this conflict of interest was published by CoinDesk in early November.

CZ suggested publically that they would sell up to 600 Million dollars worth of FTT tokens, given the previously mentioned issue, which lead the general public to start selling their FTT.

People knew Binance wanted to get out of that investment and they followed through by doing the same, not only getting rid of FTT tokens but withdrawing their crypto from FTX, the issue presented itself when FTX ran out of funds for people to withdraw, as they were lending up to 10 billion dollars in user funds to Alameda Research.

The uncertainty caused by this event made Binance consider the possibility of acquiring FTX, not quite out of altruism, but, because they also had this aforementioned big portion of FTT tokens themselves.

Binance held onto their FTT and began the due diligence process to acquire FTX, which was later halted as they decided not to go through with the acquisition, most likely due to the internal issues related to liquidity from FTX and the possible liabilities which would come by buying the company.

Sam Bankman-Fried tried to gather funds to keep FTX afloat, which unsurprisingly failed, as no investor wanted to be involved in the issues plaguing the ecosystem surrounding SBF.

On November 11th the company filed for bankruptcy, leaving users in a state of uncertainty. The holders of FTT were at this point completely depleted of trust towards the coin as its value vanished in mere days and the macroeconomy of the entire crypto sphere was affected by this, with most cryptocurrency prices plummeting and the public perception towards crypto leaning even further towards the bearish and fearful side of the scale.

There have been reports even linking previous issues such as the LUNA collapse with FTX’s wrongdoings, it is a matter of time until the whole picture of what was happening behind the door at FTX, comes to light.

In the meantime, it is important to do your own research when trusting your funds to exchanges and to always consider a cold wallet to store your funds, or make sure you use trustable and secure platforms… such as MintMe! Check us out!

Reward feature: Create your own token store in v2.0

Several Venture Capitals have declined our project, What should we do?